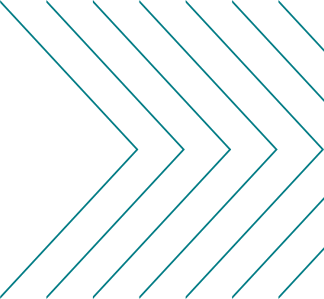 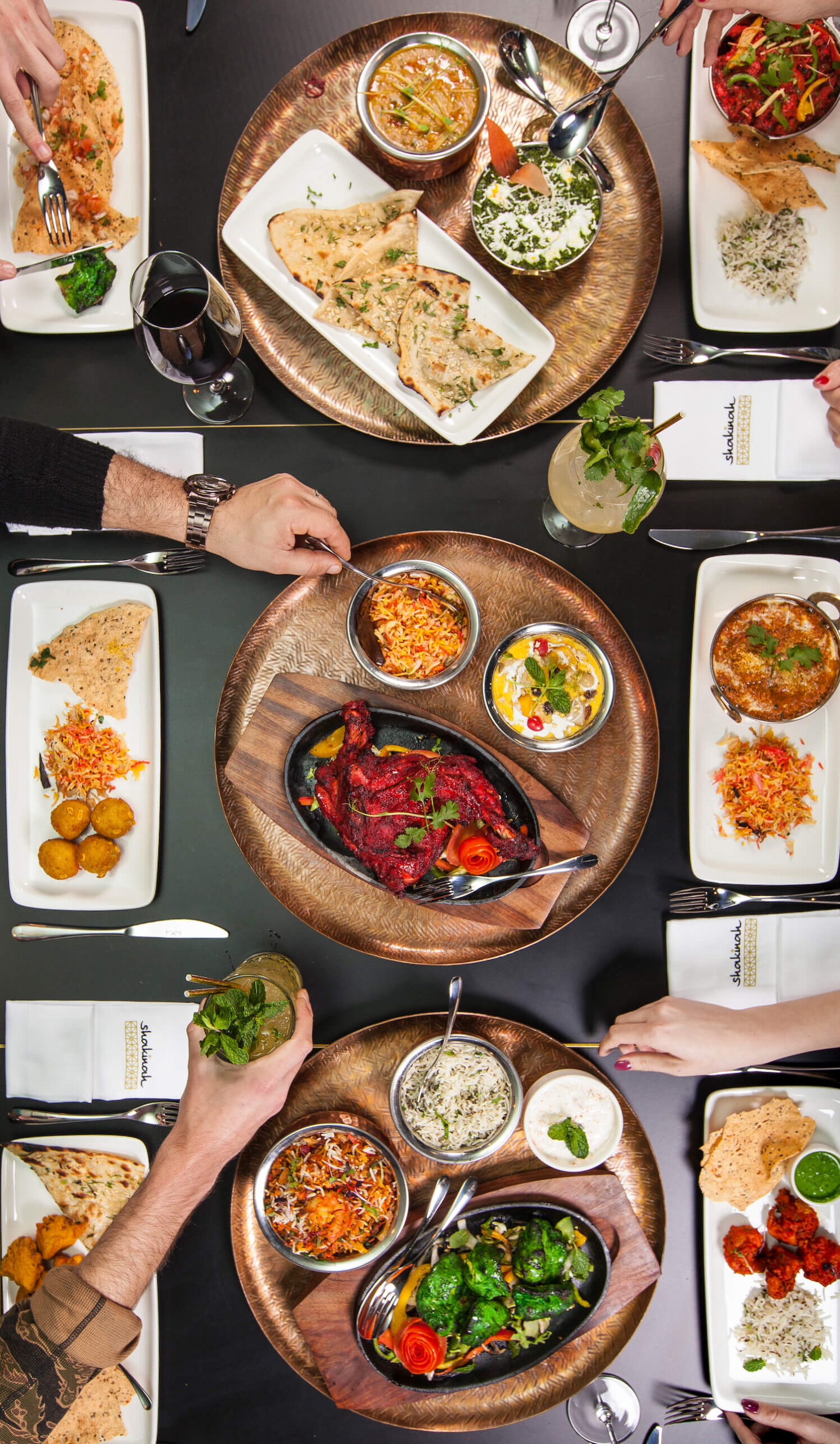 Our Top 5 Indian Dishes for this Month

The Best 5 Indian Dishes this Month

We know we shouldn’t have favourites, but at Shakinah, we do have a few star attractions that never fail to please. From our celebrated Chicken Tikka Masala to our sizzling Tandoori platter, Indian staples will always feature on our menu. Nonetheless, our mission is to make these dishes as memorable as they are irresistible, which is why we go the extra mile to make them authentically our own. From sourcing the finest ingredients to our team’s mise en place, we’re committed to honour as well as elevate classic Indian dishes.

Here are some of our personal recommendations for your next visit: 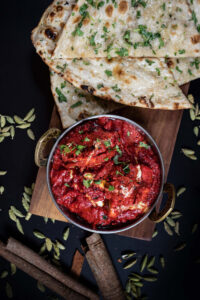 No Indian menu is complete without this much-loved dish. Although its origins have been widely disputed, many agree that it had first made an appearance in Great Britain in the 1970s through the South Asian community. However, food critic Rahul Verma believes it to be a relatively modern Punjabi dish, not more than 50 years old. There’s no fixed standard to its recipe, but a mild and creamy tomato sauce is the common denominator of this dish. Shakinah’s tikka masala is crimson to the core, with a sauce that envelopes tender pull-apart chunks of chicken marinated in yoghurt and masala spices. Although rather on the mild side, our version will guarantee you a light but fun kick at the back of the throat. 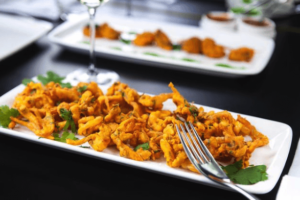 Everything tastes better in batter, but the flaky crusting that only an onion bhaji can offer takes battered food to a whole new level. Although it’s a popular starter in most Indian restaurants, it is in fact regarded as a street food snack across the Indian continent, and often prepared for celebrations and special events. Its distinct light fritter batter is made from gram flour, encasing strips of shredded onion which are then shaped into a ball. However, Shakinah offers a more deconstructed version of the onion bhaji. We serve it spiralised and spread out across an oblong plate, and since our batter is not overpowered by too many spices, the onion does most of the talking. And believe us, there is onion in this bhaji. 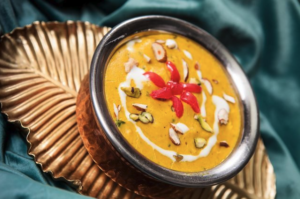 Possibly the most requested Indian dish in the Western world, the korma has had a long journey since its beginnings in the 16th century. It is typically defined by its very mild flavour and thick sauce; a curry for all seasons. Unfortunately, there are some who are quick to snub this dish due to its lack of performance on the Scoville scale. But let’s not forget that Indian cuisine isn’t just about heat. It’s also about umami, and our chicken korma defies the bland stereotype. Although there are plenty of variations of the korma, Shakinah goes for the quintessential presentation, but with a vengeance. With melt-in-the-mouth chunks of tender chicken, our blend presents a luscious nutty and buttery sunshine yellow sauce, muscled by whole cashew nuts, yoghurt and coconut cream. The chicken korma is certainly our dark horse. 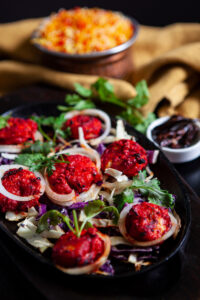 Without a doubt, Shakinah’s version of this dish is a marriage of the sea and the heady aromas of tandoori. The tandoori clay oven dates back to 3000 B.C., and the traditional flavouring includes marinating the meat in yoghurt, a ginger and garlic paste, garam masala, red chilli powder, and coriander. The final distinct texture and flavour comes from the charring smokiness of the oven, and the spiciness from the chilli powder certainly packs a punch. We serve seven meaty king prawns on a bed of freshly chopped salad, and we recommend an accompaniment of raita for dipping and refreshment to go with it. 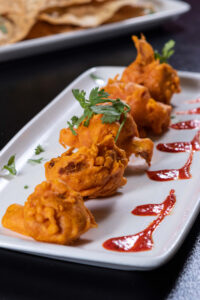 The simplest dishes are sometimes the best, and another one of our starters can attest to this. A sumptuous vegan option, our cauliflower pakora just entails three rudimentary steps. We boil our locally sourced cauliflower heads until they reach just the right amount of softness. We then coat it in gram flour and our very own blend of spice masala, then deep fry them until they achieve their golden coating. The simplicity is also in the flavour and in our presentation. Although the pakoras are relatively mild in flavour, save for the masala that delivers the final pop, we like to accompany the dish with a drizzle of our flavourful tomato sauce. Don’t skip it, or you’ll regret it! 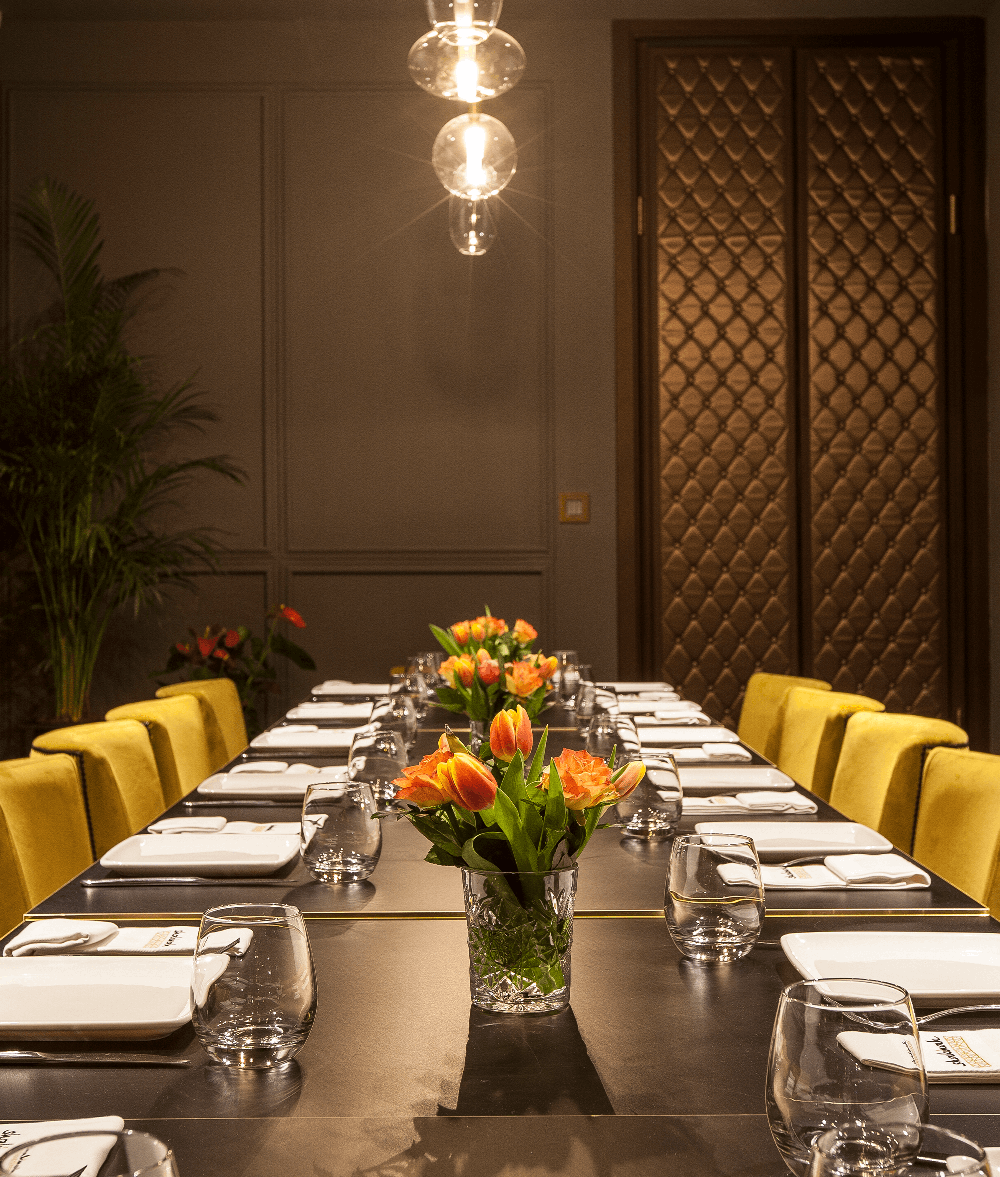 Private Dining at Shakinah A chic but intimate dining experience is what we deliver at Shakinah. With an interior that reflects the contemporary strides in Indian cuisine, the Shakinah concept identifies with a modern India that has galvanized its... 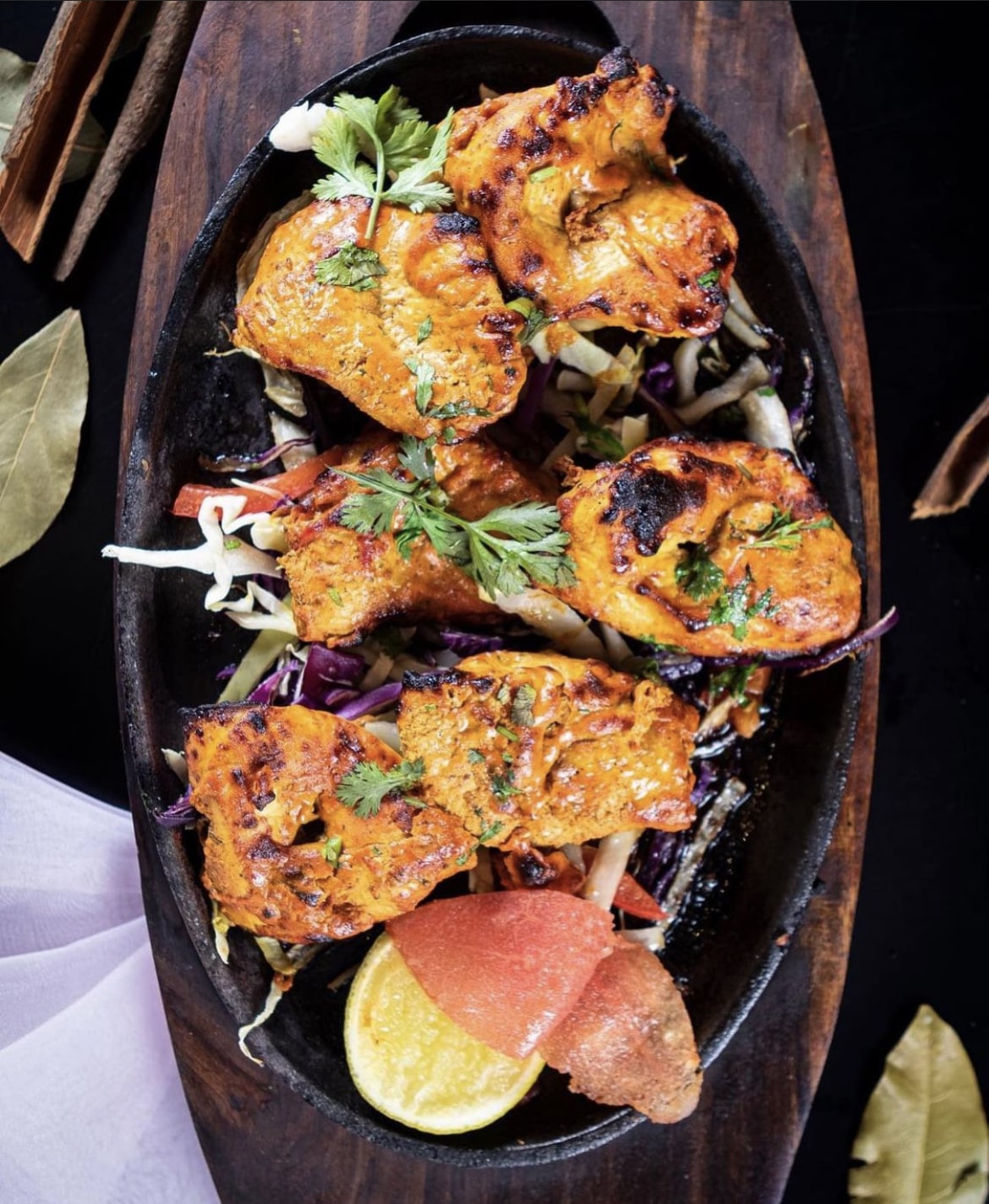 Spring Flavours at Shakinah The strong winds have wafted in balmier temperatures and lighter aromas to the spring air. Although Shakinah will still be serving its heady classics, we would like to shift the spotlight onto some of our...